A hectic first World Cup day has now drawn to a close. 140 athletes took to the waters of the Muota today for the classic race, held under perfect conditions. The technical sections pushed the paddlers from 14 nations to their limits. Thanks to the slick race organisation, there were some top performances to be seen. 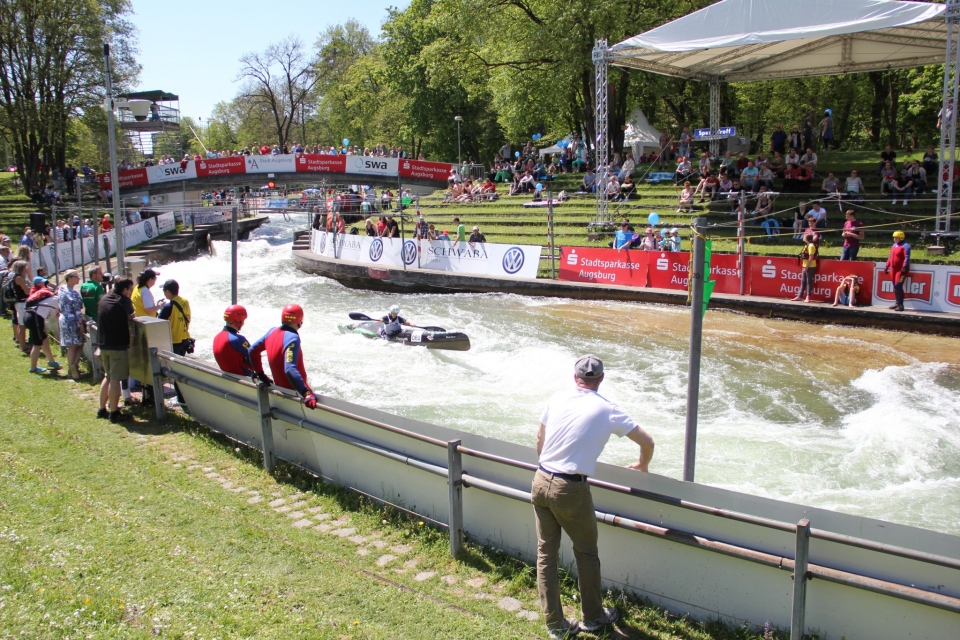 Since the Olympic Games 1972 in Germany, the “Eiskanal” in Augsburg has been known in the canoe scenery as a very challenging artificial white water circuit. Many high level competitions in Canoe Slalom and Wildwater Canoeing Sprint have already been hosted on the 300 meter long WW III-IV channel. After organizing of  the 1. World Championship in Wildwater Canoeing Sprint in 2011 Augsburg gave place to the 2. ECA Wildwater Sprint Cup and ICF ranking race. Competitors from 13 nations used the races in Ausgburg as a last test event just before the World Championships in Banja Luka which will be held on the river Vrbas three weeks later. The competition in Augsburg were organized with best weather and water conditions  by around 100 volunteers without any problems on ICF Ranking race on Saturday as well as the ECA Sprint Cup final race on Sunday.

It was the first international showdown of wildwater canoeing athletes in 2016 which was held as an ICF ranking race on Fulda river in the middle of Germany. The first downriver race where all German wildwater competitors in all age categories have started to see their level after the winter break, looked like the biggest wildwater event in Germany. The schedule of sprint and classic race was full for two days, the water level was good but the temperature outside could be more comfortable.

Competitors of Switzerland, Belgium and Netherlands used the German races as selection races for their national teams as usual as well as one K1 athlete from Bosnia.

Belgians young athlete Bram Sikkens was good for a big surprise as he won the K1 men sprint race before the both Germans Björn Beerschwenger and Finn Hartstein. Hans Meermanns the Belgian coach was very confident with the results of Bram as well as the results of his big youth and junior team: " During the races here in Fulda my young athletes can learn a lot from Suisse and German competitors, I have a big and young team and I am sure that you can see them the next years during Europeans and Worlds. But in this moment I am not agree that we will have no U23 competition in 2016. We will try to take part with a big team in Junior Europeans this year".

The ICF WWC committee had a first 2016 technical meeting of the year the 26th-28th of February. The Bosnian Canoe fédération invited the committee at Jahorina, at 30 km of Sarajevo, in a beautiful scenic ski station.
All three days of meeting were intensive and a lot of points have been discussed and decided. In particular, the new bid proposals as well as the calendar of wildwater canoeing competitions have been studied and approved, clarification of the rules proposed and all the keydates about the World Championships this year in Banka Luka were fixed together with the organiser.
The development of the discipline is also one of the major objective of the committee. Different actions are planned for 2016 and the future, in combination with the slalom TIP. It is a great opportunity for WWC development to share with slalom the development program. In parallel, specific actions will be devoted for the world championship.
The Olympic program for the non Olympic discipline is also a major concern of the committee. The WWC must have a clear position about the Olympic program and perspective evolution. The values of the discipline and athletes are higher than the olympic program speculation.

Weiterlesen: First meeting of the ICF Wildwater Committee for 2016 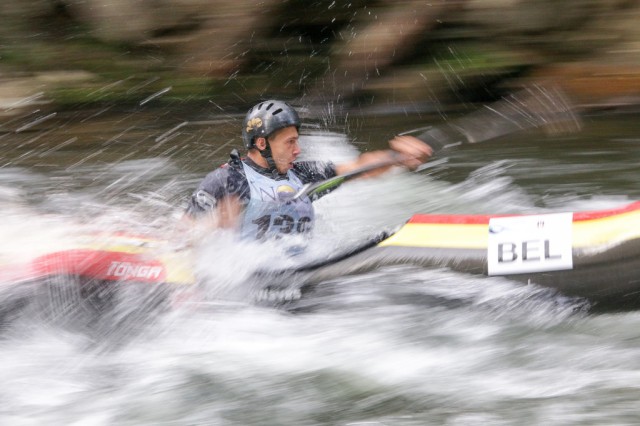 The fastest whitewater paddlers in the World converged on the Nantahala River last week to participate in the 2015 International Canoe Federation, Junior and Under 23 Wildwater World Championships. Nearly 150 athletes from 13 nations made the pilgrimage to western North Carolina to test themselves against the river and each other, all in the pursuit to earn the title of “World Champion.”

The Nantahala River is the perfect venue for such a competition. While fairly easy to get from start to finish, it is actually very hard to do fast. You need to be a experienced racer to negotiate the myriad of racing lines as you find the deep, fast water, while also being supremely fit to push thru the shallows and long wave trains. In other words, the Nantahala River is the perfect venue to host another World Championships. 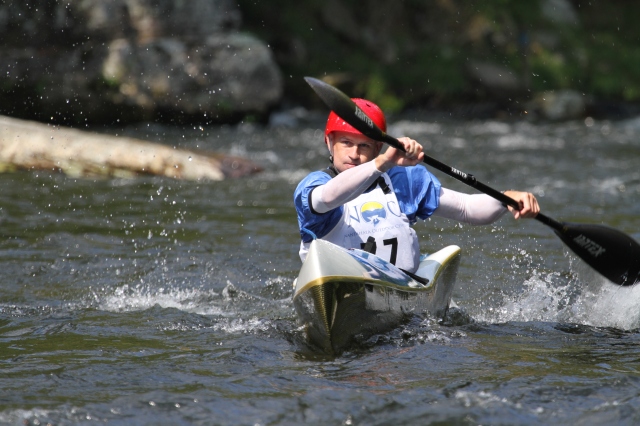 In just a few weeks (02.-07.August 2015), the Nantahala River will welcome the Worlds fastest junior and under 23 whitewater paddlers to Western North Carolina for a competition that could crown them World Champion. Welcome to the International Canoe Federation Wildwater Canoeing Junior and Under 23 World Championships!

Unlike racing down spectacularly difficult whitewater like the Green Race, wildwater racing takes place in a more controlled environment, but the racers use specially designed canoes and kayaks that are built for speed rather than stability or ease of use. The long pointy boats are made of exotic composite space age materials and weigh next to nothing but run the risk of damage with a high speed impact with a poorly positioned rock. The boats don’t turn much either, so the game is to find the fastest ribbon of water you can while powering thru the pools and rapids. Think of downhill mountain biking in a river. You choose your own route thru the technical terrain while relying on your tremendous fitness and technical abilities to maximize your speed at all time.

The 140 young athletes from 15 nations across the Globe will compete is several different races. The long race is known as the “classic” and starts at the Nantahala’s famous Surfing Rapid. A strong recreational paddler will take an hour to paddle from here to the take out at the Nantahala Outdoor Center, but these incredible athletes will do it in as little as 12 minutes. They will also race in a short “sprint” style race thru the rivers most difficult rapid, Nantahala Falls. From here to the same finish line at the NOC will take a scant 70 seconds with speeds nearing 20 miles an hour thru the steepest sections of the Falls. With no mandatory moves and the ability to choose your own path, its a simple game of the fastest time wins.