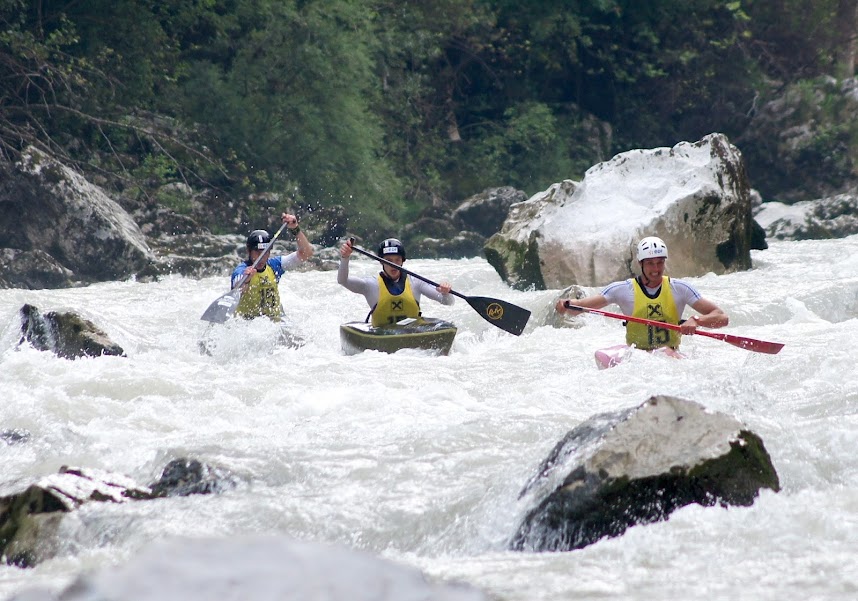 At the second day of the 2013 ICF Wildwater Canoeing Juniors World Championships in Lofer France celebrated a big comeback by winning gold in the C1 Team Classic. Ronan Cordier, Thomas Janeriat and Pierre Troubady made the comeback for France perfect, when they paddle five seconds faster as the opponents from Croatia and Italy.

„Yesterday the other competitors were faster“, said the national coach of France Frédéric Rebeyrol. „But we know, that we can do it better and get a medal in the team race. Tomorrow at the team sprint will come our strength.“

Giorgio Dell´Agostino from Italy, who won the bronze medal in C1 Team Classic got now a complete medal set, with his successes of yesterday.

The favorited germand team in K1 Men Classic Team made a very strong impression.  Yesterday Marcel Pfauler and Finn Hartstein already won gold and silver at the individuals. Together with Joshua Piaskowski, who is at the moment in a real good shape, they paddle 10 sec faster, than the Czech Rebublic and Switzerland. 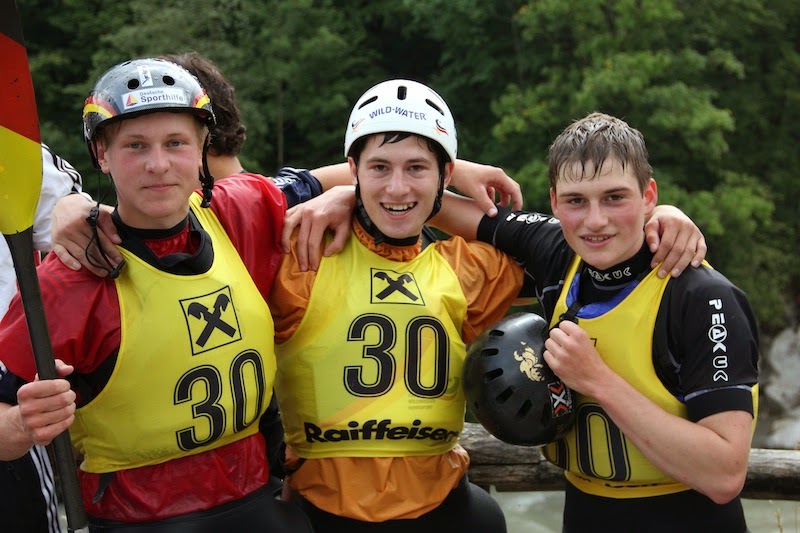 „We paddle very save at the last 300 m through the sprint-arena“, said Pfauler after his victory. „I didn´t want to shock my coach again like yesterday. But we knew at the split time, we were 10 sec in front, so we didn´t take to much risk.“

In the medal table the Czech rebublic is still at the first place with two Gold-, two Silver and one Bronzemedal. Tomorrow the finals in Team Sprint are on the schedule.